Phillips and Sellers Attorneys At Law 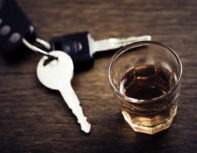 Under no circumstances should anyone operate a vehicle intoxicated or impaired. However, we at Phillips and Sellers Attorneys at Law, know that often the best choices are not made while under the influence. So knowing the consequences of your actions can be powerful. Whether the offense is the first or a repeat, having the knowledge of what an individual is up against when they decide to get behind the wheel impaired could ultimately change their mind.

Here are the major consequences you need to know when driving impaired.

In the state of Georgia, the consequences vary depending on many factors like the following:

If an individual has only committed one offense of driving impaired they can still face extreme charges and consequences such as possible jail time for up to one year. The license will be suspended and the individual has to pay a $210 reinstatement fee to obtain a new license after the period of suspension is complete. Other consequences faced can include up to 40 hours of community service and fines up to $1000. The outcomes faced after an individual drives impaired only increase in severity as the actions recur.

Our law firm serves the Chattahoochee Valley including both cities in Georgia and Alabama, Columbus and Phenix City. While laws vary slightly from state to state, the consequences are severe and not to be taken lightly. In 2017, Alabama held fifth place in the nation for the highest accounts of deaths due to driving impaired. With today’s various rideshare apps, like Uber and Lyft, the ability to get to another location or back home has never been easier. The apps are free and often way cheaper than taxi fares of the past. Remember a ride home is always cheaper than a DUI ticket.

If you find yourself arrested or accused of driving impaired, please seek the guidance and professional knowledge of Phillips & Sellers, P.C Attorneys at Law. Located in the heart of Midtown Columbus, Georgia and with over 22 years of experience.

Contact us to learn more and let us guide you through your legal matters.

This site uses Akismet to reduce spam. Learn how your comment data is processed.

Powered By Stand And Stretch